BIG DISCOVERIES ON A SMALL SCALE

2020 marks the 200th anniversary of the Royal Astronomical Society. Royal Mail commissioned us to create a set of stamps and collectibles which celebrated the UK’s contributions to the field by featuring astronomical phenomena discovered and investigated by the country’s leading astronomers and astrophysicists.

There are so many scientific photographs of the events and objects, but in reality, a lot of these phenomena can appear quite dark or monochromatic. We wanted to explore a visual treatment that photography couldn’t give and present these discoveries in a new way, and unify incredibly diverse astronomical events and objects as a collection with real visual impact.

Guided by a team of experts, doctors and professors from the Royal Astronomical Society, we carefully curated all eight stamps to bring the discoveries to life. Using colour and composition to convey the right sense of drama – putting viewers up close to the phenomena – showing what it would be like to be standing among the exploding geysers on Enceladus, or up close to a black hole.

We worked closely with illustrator Robert Ball to create the final stamp illustrations. Ball works digitally, painstakingly building layer upon layer of detail to add depth and texture. Colours were cranked up to the max, to create an epic quality and vivid, dynamic look and feel. 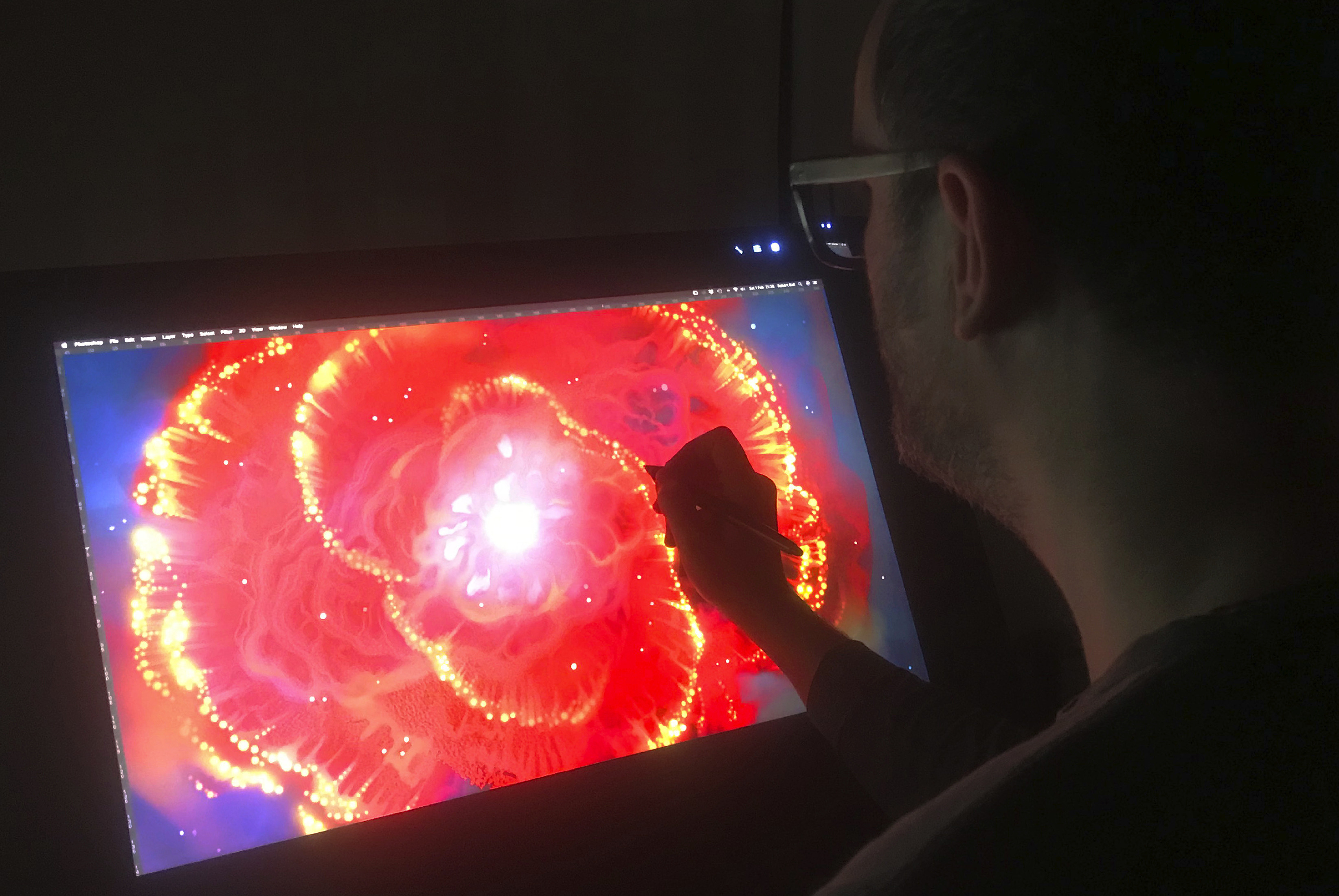 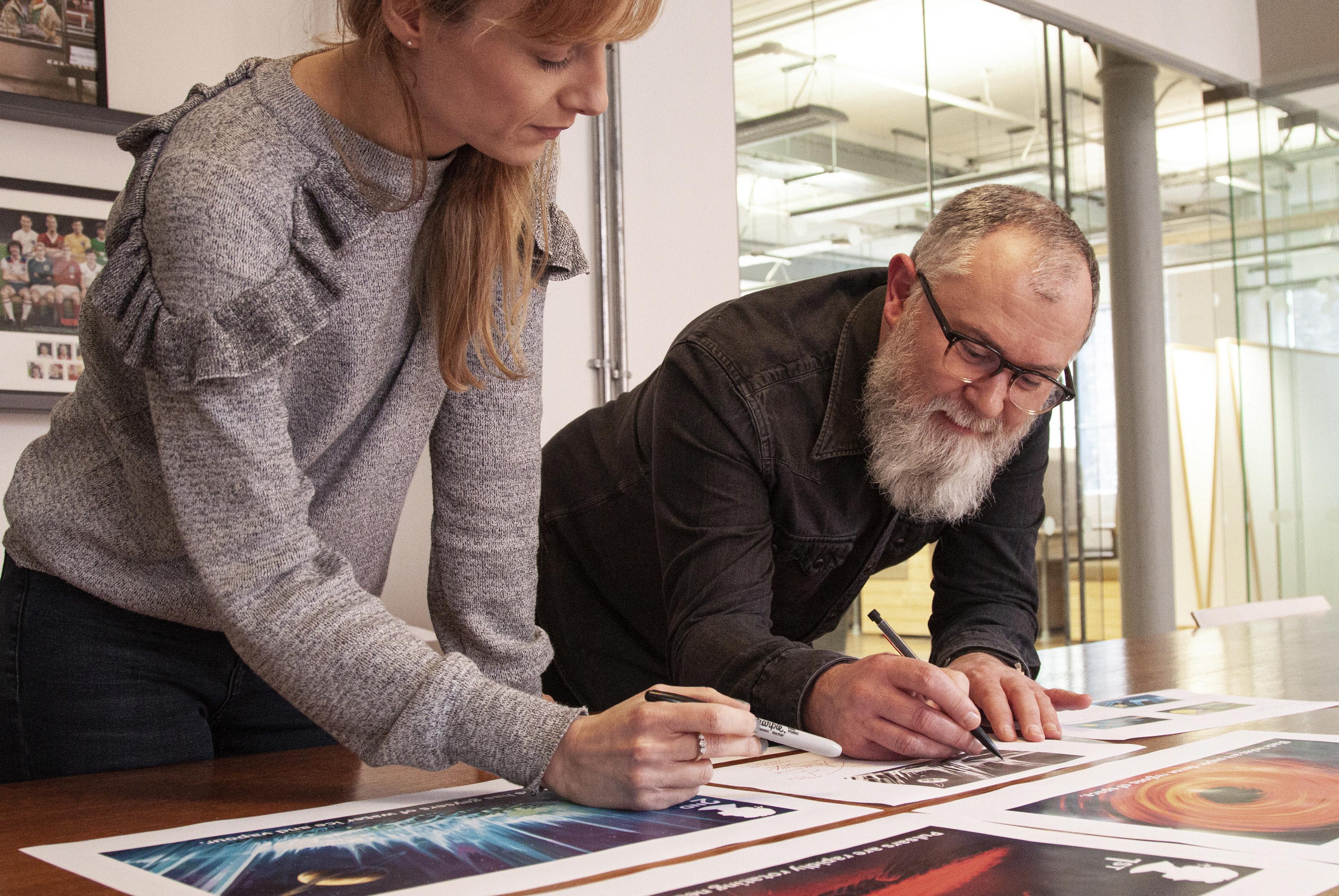